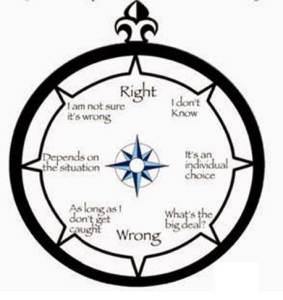 Moral Compass program on the ABC (28 June 2015) focused on taxation in Australia. A lot the discussion evolved around tax planning and tax evasion.

Airing as part of the discussion was a replay of Kerry Packer fronting a Government Senate Inquiry into the Print Media where he made the comments:

“I don’t know anybody that doesn’t minimise their tax,” Mr Packer growled as he stirred his delicate parliamentary china cup of tea with a teaspoon. “I’m not evading tax in any way shape or form. Of course I’m minimising my tax. If anybody in this country doesn’t minimise their tax they want their head read. As a government I can tell you you’re not spending it that well that we should be paying extra.”

Professor Fred Hilmer also made comment on what Bill Gates had to say last year:

“I am happy to pay the tax but unless all competitors are treated equally by the tax system for me to make voluntary tax payments would I think prejudice the success of Microsoft”.

One of the questions you have to ask is why the legislation is so long and complicated and who does this serve? Part of the answer lies in the very people who the Government alleges is taking an unfair/ethical advantage of it. But a large part of the problem is that it is the government’s legislation not corporate Australia’s that allows companies to pay little or no tax relative to their profits.

We would all like to see legislation that is simple effective and applied having regard to the long term future of this country rather than shoring up the political chances of the government of the day at the next election. Likewise, the opposition government has a role to play in supporting positive outcomes for all Australians and not being negative to all proposals.

The taxation system is not a social welfare system but rather a system which should be designed to raise sufficient taxes to enable a government to undertake its long strategies for the country.  Mark Carnegie who is a Venture Capitalist and Philanthropist made the point that “the tax system should be a simple system with no loopholes”. Something I totally agree with and I believe would go a long way to resolving a lot of the current issues.

And until such time as Parliament maker the effort to simplify the tax regime these issues will remain and Kerry Packer’s comments are still as relevant today as they were 24 years ago. This is not an issue just for the Government of the day because without by-partisan cooperation by all members of Parliament looking to the long-term benefit of Australia this will not be achieved and we will be making the same comments in another 25 years.

Have the Scandinavian countries got the answer by publishing everyone’s tax returns so that the process is totally transparent. 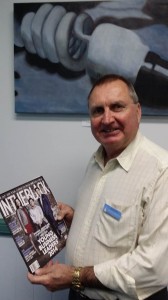 Situated in Strathpine on Brisbane North, we partner with our clients to assist them in their accounting, business management and bookkeeping needs. Our clients vary in industries from professional services (such as law, vet and dentist) to the trades (mechanic, bricklaying, plasterer etc), hospitality and retail. Are clients are located in the Pine Rivers area (including Brendale, Lawnton, Albany Creek and Eatons Hill) through to Kallangur, Petrie, North Lakes and Caboolture, as well as Brisbane South, the Gold Coast and various other parts of Queensland.