The Director Identification number (Director ID) requirement is now available via the new Australian Business Registry Services (ABRS). A Director ID is a unique identifier that a Director or prospective Director of a Company applies for once and keeps forever.  A person will keep their Director ID even if they stop being a Company Director, change their name or move interstate or overseas.

Director IDs is about preventing the use of false or fraudulent director identities, will provide accountability and traceability of a director’s relationships over time, across all companies and will provide information on a director’s involvement in what may be repeated unlawful activity, including illegal phoenix activity.

If you are planning on becoming a Company Director in Australia or are already a Director, you will need to apply for a Director ID. Your accountant or other person cannot apply on your behalf – you have to undertake the application for yourself as the ABRS needs to verify your identity.

A Director ID is a unique digit identifier and is a legal requirement for all new and existing Directors of Companies, Body Corporates and Corporations (it is not applicable to Secretaries). Alternate Directors are also required to apply for a Directors ID.

Important Dates in Relation to Applying for a Director ID

How to Apply for a Director ID (online)

Applying for a Director ID is free.

You will need a myGovID with a Standard or Strong identity strength to apply for a Director ID online. You need to download the myGovID app to a smart device and follow the information on how to setup a MyGovID at https://www.mygovid.gov.au/set-up (Please note a myGovID is different to a myGov account).

Step 2:  Apply for a Director ID

Once you have applied for the Director ID, you will receive it instantly (assuming application is successful). You then need to provide your Director ID to the Company Secretary and your Tax and/or ASIC Agent.

How to apply if you cannot get a MyGovId

If you can’t get a myGovID with a Standard or Strong identity strength, you can apply by phone or by paper form.

If applying by Phone, you will need you Tax File Number (TFN) and information to verify your identity (click here to find this information). Once you have all the required information together contact ABRS.

Applying with a Paper Form

If you can’t apply online or over the phone, you can apply using a downloadable form – Application for a director identification number (NAT75329, PDF, 306KB). This is a slower process and you will also need to provide certified copies of your documents to verify your identity. If you have issues completing the form, you can find help on ABRS Accessibility page.

If you require any further information, please book an appointment by contacting Balanix Solutions as a matter of priority on 07 3264 4783 or info@balanixsolutions.com.au

If you are a Director of a company, from November 2021, you will need to verify your identity as part of a new Director Identification Number (Director ID) requirement.

A Director ID is a unique identifier that a Director will apply for once and keep forever.

Directors must apply for their Director ID themselves – no one else can do it on your behalf.

ASIC will be responsible for the enforcement of associated offences.

As mentioned previously, applications for Director ID do not commence until November 2021. However, if you are a Director of a Company you can start preparing now.

Firstly, you need to setup a myGovID.  myGovID is different to a myGov account. A myGovID is an app you download to your smart device that lets you prove who you are and log in to a range of government online services, including myGov.  myGov is an account that lets you link to and access online services provided by the Australian Taxation Office (ATO), Centrelink, Medicare and more.

Examples of the documents you can use to verify your identity include:

In November 2021, you can apply for your DirectorID – Visit the ABRS website for more information.

If you have any questions, please book an appointment with Balanix Solutions on 07 3264 4783 or email at info@balanixsolutions.com.au .

From 1 November 2021, an employer may be required to add an extra employment step, in relation to Superannuation, so as to comply with “the choice of funds” rules.

Under the existing rules, where a new employee does not choose a specific super fund, an employer can pay the super contributions to their (employer’s) default fund.

However, from 1 November 2021, an employer may be required to request a new employee “stapled super fund” detail if the new employee does not nominate a specific super fund of their choice.

What is a “stapled super fund?  It is an existing account which is linked (stapled) to an individual employee, and as a result follows the employee from job to job.

This will help reduce the number of super funds employees accumulate over time particularly those who regularly change jobs.

If you need any assistance or guidance, please contact Balanix Solutions 07 32644783.

How would a cashless society affect your business

With COVID being around for over12 months now, we have seen many changes in the way we do business.  Recently, I went to a rugby game which was a card only event, so without a credit/debit card or a digital wallet attendees could not purchase a ticket, buy a drink or food or any merchandise.

So, what would a cashless society look like and how would your business cope?  Do you know how many of your customers/clients would be directly affected?

There have been some projections that a cashless society could occur by 2022.  It is interesting that the Commonwealth Bank in its’ article “Turning Point: calling time on cash” stated that the percentage of payments made by cash dropped from 69% in 2007 to 37% in 2016.

As the demand for cash decreases so will the number of suburban bank branches and ATMs.  Merchants, according to research by market analysis East and Partners, saw a drop of some 46% in cash payments between 2010 and 2016.

While research by MyState Bank shows cash being used less, there is still not a large support for a completely cashless society.  It is interesting that Woolworths recently stopped it trials for cashless stores due to consumer backlash and resumed cash payments by 10 March 2021.

Also, there is a significant issue in relation to indigenous people who have limited access to the internet and this number is even less in remote areas.  Therefore, such a move would severely restrict their ability to deal with a cashless society.  While there have been trials of card only transactions in some communities, this has been more targeted at specific social activities.

Another significant group within our society who struggle with the internet are the aging population who either don’t have computers or lack the financial knowledge to understand how a cashless world would work for them.

From the government’s perspective having regard to its desire to limit the black/cash economy it might appear a good strategy.   It has already shown its desire to limit by legislation cash payments over $10,000 and there has been talk at various times at reducing or eliminating $100 notes.  One could also argue that the government has sufficient powers to severely restrict the black/cash economy if it chose to, without further restriction on society rights as a cashless society brings with it significant privacy issues.

So, if you are in business what does this all mean for you as a business owner?  How would it affect your clients?  Do you have a large percentage of clients who are elderly or indigenous and may not have a card of any description or even have a computer to use to transfer a payment?

What do you do if your terminal goes down or worse becomes damaged and you are a small business and you are not able to replace it quickly?  Recent problems with Tyro terminals highlight this point.

All these points need to be considered now, if you have not already thought of them, in order to remain on trend and contemporary within your industry.

Will COVID Have a Lasting Impact on the Way We Do Things?

I was listening to a podcast recently where a discussion developed over whether COVID would have a lasting impact on the way society/business does things.

What was interesting was that an event even as large as World War II did not lead to a significant lasting change in the way people did business.  Despite one of the most significant changes to industry in World War II, being women entering in the workforce to replace men fighting in the war, this was not sustained.  The women learnt many news skills for the first time and at the same time gained freedom to undertake work previously not available to them. However, after the war, to a large degree, women left the workforce and returned to their homes.  So, all the training and skills acquired were mainly lost to industry.

Having said this, the fuel crisis in the later part of the 20th century did see a significant change in industry use of resources e.g. power to drive industry.  Prior to the crisis, many industries relied on oil and petroleum to drive their machines but were forced to look to alternative sources of power with the shortage of traditional fuel.  Electricity was the major alternative which required significant investment that once made became a sunk cost from which there was no turning back.

So, what about COVID? One of the most significant changes that has occurred in COVID has been the move to working from home.  After a year of change, the questions to be asked are “Will this be a long-term change?”  and “Has industry and commerce made significant investment (sunk costs) in this area that would make it prohibitive to change back?”

Adopting working from home, in some areas, has been out of necessity and in doing so, businesses have taken a short-term view due to many still having long-term leases in CBD and other areas which will keep them, at least in the short-term, committed to those places.

Also, working from home attracts workplace, safe and healthy issues, which by some, have been ignore during the crisis. Long term commitment to working from home arrangements will require the workplace in the home to meet all the requirements in relation to workplace legislation.  For example, does the home lighting or working environment meet workplace standards? and, similarly, does the IT infrastructure meet standards? just for starters.

Consideration also needs to be given to the worker’s mental health due to isolation, the lack of face to face/social meeting with fellow workers and the work/family balance.

This leads to the critical question of what is the employer’s responsibility for providing an adequate working environment (lighting, diskspace etc), insurance for accidents in the workplace at home (as the public liability clauses in a home insurance more than likely won’t cover a work related injury/accident) and the employer’s obligation to ensure the physical and mental well being of workers.

So, the question is will employers be willing to incur the cost to undertake the upgrades to employees’ homes if they are to comply with appropriate workplace standards and how will they deal with employees moving house or staff who rent moving house?

If they do, will there be a capital gains tax issue going forward when the employer eventually sells the property?  And what about Fringe Benefit costs which may apply?

Generally, at present, employers have not made significant outlays during COVID that would make going back to the office unviable so it will be interesting whether greater working from home will continue or whether industries will go back to business as usual. 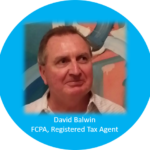