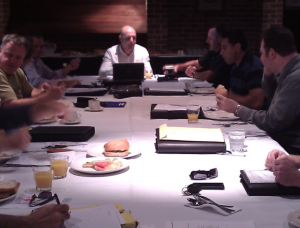 We all know that networking groups are about referrals.  However, according to the members of the Albany Creek Business Contacts Group (ACBC), there are many more equally important motivations to be a part of the group.

“You’re talking to all these other business-owners who potentially have been there and had that experience as well. And then they become more than just business associates. They become friends.” (Sydney Morning Herald 6 February 2014)

It was also concluded by the ACBC group that it is an awesome forum for sharing ideas, strategies and taking from someone else’s experiences and applying them to your business.

Kathy Patterson, Brendale Stationery Supplies shared “I was having an overwhelming day recently and [fellow ACBC member] Rod, Rocket Printing-Brendale came into the shop.  In discussions he shared a simple technique of a Plan List where I take a few moments at the beginning of each day and prioritise what I have to do into “Urgent Must dos” “must dos” “can wait but must get done” and “nice to do and will get there”.  Now every morning I create my Plan List and things have improved.”

ACBC members agreed that the group was a terrific source of mentors – business owners you could confidentially chew the fat with without judgment.  An added bonus also is that members of networking groups are generally at different stages of business ownership and maturity so it is a terrific incubator of cross fertilization – learning from the experienced and being inspired by the new.

The group’s members indicated there are also more pragmatic benefits such as direct learning from guest speakers, developing technical skills from discussions/workshops with service business owners, broadening knowledge of the different types of businesses and industries, as well as, of course, direct referrals.

Finally, these savvy business owners agree, they are committed to ACBC [networking groups] because of the ongoing building of relationships and friendships as well as the motivation and energy they derive from meetings and each other.

If you are a business in Albany Creek, Brendale, Eatons Hill, Strathpine, Lawnton or surrounding areas and are interested in networking groups give Sally from Balanix Solutions a call.